Reporting back to NESTA on the Reboot Britain project Common Ground (as at jailbrake.org) which became SafeGround which was put in place in Devon Youth Offending Team as SafeSpace

What undermined the potential success of a prize-winning idea:
1) Low confidence by the pilot site's staff in the technology being straightforward enough & working well
2) Low levels of creativity in its use & an insufficiently shared vision by pilot site staff to prioritise its use above competing demands on the time of those staff.
3) A deficit either of active promotion by pilot site staff to users of the benefits or of the agreed record keeping about to whom it was being offered to & what their response was.
4) Unwillingness by the staff to change working practices so that those victims and offenders wanting to communicate are not necessarily accompanied in each stage of this communication by the physical presence of a mediator/ restorative justice practitioner.
5) A user group (victims and offenders) with a generally low level of commitment to communication with the related victim(s)/offender(s) for “their crime”.
6) A Restorative Technology Limited “Team” without the strength, focus, flexibility & resources to adjust well to the above factors.

And here's the fuller review of this first Restorative Technology Ltd  innovation in victim-offender-community-communication.
Thomas Edison tried many times before getting the electric light bulb good enough.... 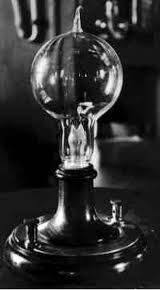 Posted by Paul Crosland at 03:17 No comments: